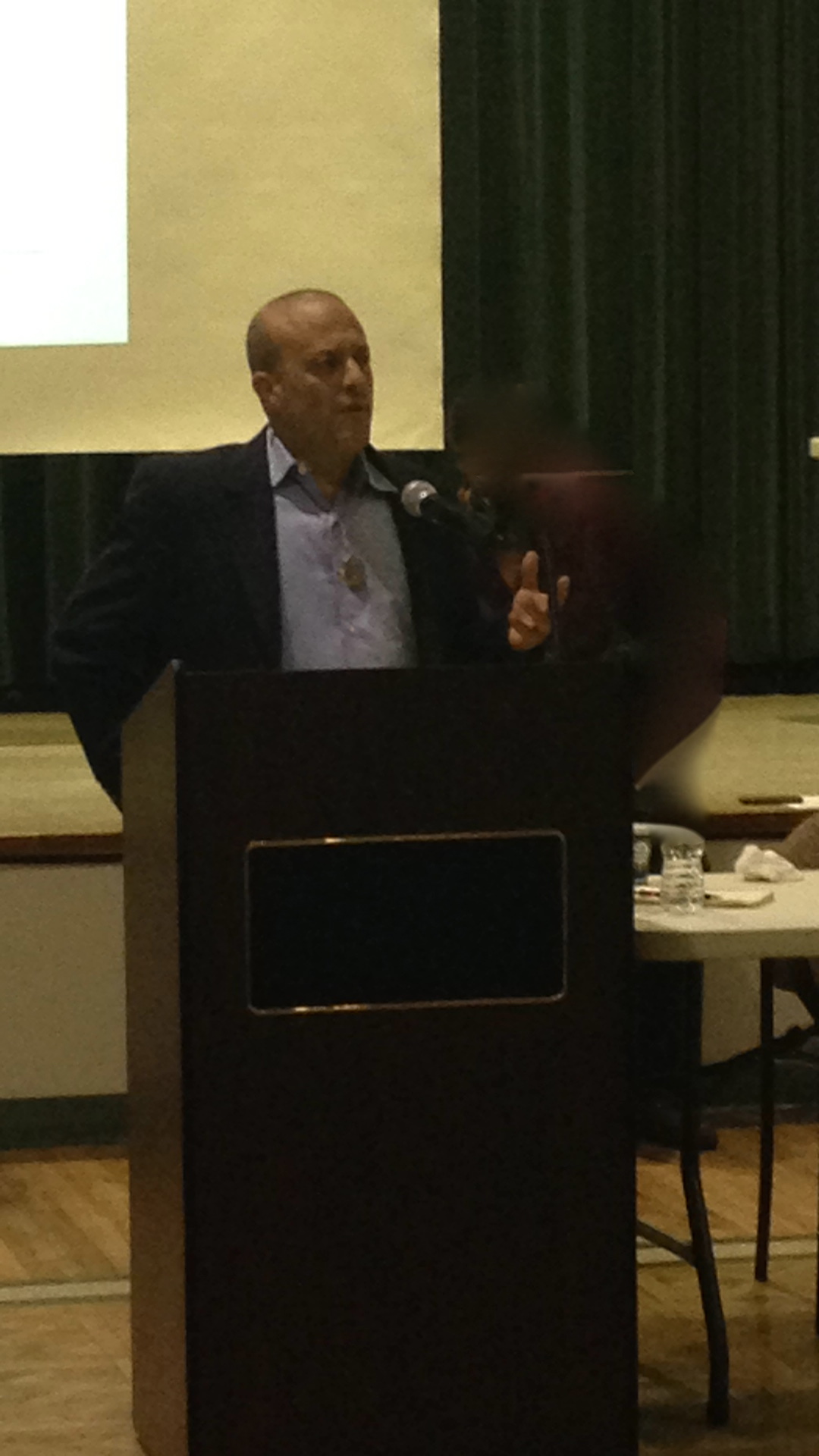 Dr. Gary Altheim, Psychologist, Activist and Author at Community Board 12 Manhattan advocating for counseling and summer programs for children, teens and young adults.

2003 – A Biography written about Gary Altheim- written by a Columbia Journalism Student who was doing a profile/article on someone who has impacted the community of Washington Heights.

Gary Altheim loved nature from the day he was born, but it wasn’t until he was 16 that he learned about the wilderness inside. At that age, he was captain of his high school soccer team, and dreamed of going professional.  He lived in a well-off section of Woodmere, Long Island.  He got along with his siblings.  His father was a successful electrical contractor who made time for his children.  His mother, a housewife, gave Altheim “materially” everything he wanted.    To this day it pains him to remember his teenage years and the  conflicts he had with his parents. He stayed out late, acted out and fought constantly with his parents. Eventually they gave him an ultimatum: it was boarding school, or a social worker. Altheim chose the latter.  It is a decision that he credits with shaping his life, and, now, the lives of others. As executive director of GDS/Camp Excel, his Washington Heights-based non-profit, Altheim, 38, now spends his days counseling neighborhood teens through the same social, emotional, and behavior turmoil he once experienced.

“I saw someone from the outside could come and help when things were bad,” he recalled of his first therapist and role model, Vinnie.  It was a relationship that lasted until Vinnie’s death last year, but the lessons, Altheim says, remain with him.  “He was attuned to you, he was always available.”

With his role model in mind, Altheim started the non-profit behind Camp Excel, Growth and Development Services, Inc. (GDS) seven years ago.  His former job as a Westchester Family Services psychologist exposed to him kids, but left his other passion, the outdoors, untapped.  Remembering his positive childhood experiences at camp, Altheim founded Camp Viva, a wilderness retreat for families of AIDS sufferers.  But Altheim says the camp was mismanaged, and it disturbed him to see his vision go awry.
Other stories of immoral acts by nonprofit leaders,  corrupt human service agencies, and ineffectual delivery of services led Altheim to become an Activist. “I heard about one of the staff in a group home I was working at banged the kids head in the wall, I came to work the next day and saw the hole in the wall. I confronted the executive directors but nothing would change.  I was seeing kids already damaged being made worse, and a part of it was about money.”

Two years out if graduate school out of frustration he quit the projects and decided to create his own agency, GDS.

With his solid frame, gruff voice, denim clothes and closely-cropped hair, Altheim’s persistence isn’t surprising.  He looks more like a potential replacement for Bruce Willis in the next Die Hard sequel than a licensed clinical psychologist, or for that matter a non-profit administrator.  It isn’t hard to imagine him keeping tight control over the unruly band of teenagers he leads up to Westchester County for a week-long summer retreat, though, and if he doesn’t fit the stereotype of the soft-spoken, suited social worker, that may be precisely his secret: kids see him as an equal.

“He is an extremely gifted person in that he has an innate quality that makes him someone people can trust,” said Altheim’s brother, Marc, 40.  “So he tends to have kids gravitate to him.”
It is difficult, however, for the kids Altheim works with to relate to anyone.  A quarter have been arrested, three-quarters are depressed.  The vast majority are either welfare recipients or from low-income families.  One might wonder how the childless Altheim can connect so well with kids of another ethnicity, social class, whose problems are so extreme.
Altheim admits, “People say you are the most unlikely person [to do what you do].”  He disagrees.  His solution, he says, is to give back the commitment he received from his therapist.  “I never stop thinking, ‘Is that kid okay?’” he said.
It is the only weakness Altheim admits to, but it is hard to find others.  He is a workaholic, he says, and this seems like no idle description.  Unmarried, Altheim confesses to missing out on having much of a personal life, which “tells you when to stop.”  He admits wanting “a white picket fence, a wife and kids,” but for now, he says, he is too busy rearing an administration.
Now, outside work, the only passion Altheim allows himself is the woods themselves.  There is no picket fence yet, but he lives on an 8-acre estate on a hawk preservation in Westchester County, where the problems of inner city youth are a world apart.  Or would be, if he did not bring his work home with him.
“I think people are surprised that he has committed himself solely to the benefit of others,” said attorney Stuart Serota, a GDS board member.  “If was to pick something for Gary to do, I would make this less administrative and more what he loves to do.  I would send him to camp 365 days a year.”